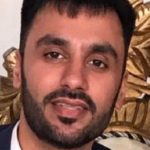 Plain-clothes police officers seized, hooded, and abducted Mr. Johal while he was out shopping with his wife in Punjab, India on 4 November. Following a brief court hearing on 5 November, Indian police officials held Mr. Johal in incommunicado for nine days in an undisclosed location, until 14 November.

45 days after he was first seized, Mr. Johal remains in police custody without charge. During this time, Indian police officials have denied him all private contact with his lawyers, British consular staff, and his family in Scotland. Mr. Johal has also been denied an independent medical examination, which risks further compounding the physical and psychological harm already caused to him and increases the difficulty of obtaining additional evidence about the treatment he has been subjected to. According to Mr. Johal, for the last seven days he has been held alone in a cell, with a police guard present at all times. His left ankle and wrist have been chained using handcuffs 24 hours a day.

Mr. Johal has told his lawyers that police also forced him to sign blank pieces of paper, believed to be for the purpose of forging confessions from Mr. Johal.

In their urgent appeal, REDRESS and Ensaaf urge the Special Rapporteur on Torture to call on the Indian Government to ensure that Mr. Johal is protected from further torture and ill-treatment; is provided with an immediate independent medical examination and any needed physical and psychological medical care; and is permitted private, unsupervised visits with his lawyers and British consular staff. They also request an independent investigation into the alleged torture while in police custody.

In addition to Mr. Johal’s treatment in custody, the allegations raise a number of significant other questions, about the potentially arbitrary and indefinite nature of Mr. Johal’s detention; his lack of access to legal representation and consular assistance during the initial stages of his detention; the harassment of his family; his being forced to provide false confessions; and the prejudicing of any eventual trial.

A copy of the urgent appeal sent to the UN Special Rapporteur can be found here.

“Torture cannot be justified in any circumstances, and is illegal under international law” said Carla Ferstman, Director of REDRESS. “The Government of India must order an immediate investigation into Mr. Johal’s case, and give Mr. Johal private access to independent doctors, lawyers, and his British consular representatives.”

“Given India’s clear disregard for legal norms and due process in this case, a diplomatic intervention is necessary to protect Mr. Johal from further torture and illegal detention,” said Jaskaran Kaur, Co-Director of Ensaaf. “We urge the Special Rapporteur to investigate and intervene in this matter as quickly as possible.”

REDRESS is an international human rights organization based in London and The Hague which seeks justice and reparation for survivors of torture and related international crimes.

Ensaaf is a nonprofit organisation working to end impunity and achieve justice for mass state crimes in India, with a focus on Punjab.