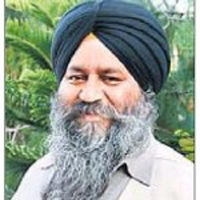 Adopted in December 1984, the United Nations Convention Against Torture and Other Cruel, Inhuman and Degrading Treatment or Punishment (CAT), prohibits nations from extraditing individuals who are more likely than not to be tortured upon return. Ensaaf pursued the commitments promised in the Convention on behalf of Kulvir Singh Barapind.

In the early 1990s, Kulvir Singh Barapind was a senior member of the Sikh Students Federation, a political group advocating for a separate Sikh state, serving in several leadership positions from local president to national joint secretary. Indian security forces severely tortured Barapind, claiming he was responsible for 11 incidents of militancy including attempted murder and robbery. Acts of torture included suspending him in the air from his wrists with his arms tied behind his back, crushing his thigh muscles with a wooden log, tearing his legs apart at his waist to a 180-degree angle, applying electric shocks, and beating him on the soles of his feet. Indian security forces also tortured Barapind's family and friends in their efforts to apprehend him.

After Barapind fled to the US in 1993, the Indian government requested that the US government extradite Barapind in 1997. Although the Eastern District Court of California found that Indian officials used torture, threats to life, and fabrication of evidence to support the extradition request, in November 2005, Judge Wagner certified Barapind’s extradition to India for three out of the original 11 cases.

Two weeks later, Ensaaf submitted an application for Barapind’s relief to the US Secretary of State, under the CAT, containing a detailed brief with 17 exhibits, including 11 affidavits. Ensaaf also secured the involvement of the United Nations Special Rapporteur on the Question of Torture, as well as the involvement of Congressman Chris Smith and his Professional Staff Sheri Rickert at the House Subcommittee on Global Human Rights. Further, the Center for Human Rights and Global Justice (CHRGJ) also submitted an amicus letter regarding US international and domestic obligations.

Despite the strong supporting evidence, the US government denied Barapind’s application and extradited him to India on June 17, 2006. Ensaaf was able to secure a commitment from the US government to monitor the treatment of Barapind and act on any information of abuse. In addition, Human Rights Watch (HRW) called on the Indian government to ensure that its security forces did not torture or mistreat Barapind.

Update: Barapind was acquitted of all charges and released from detention in April 2008.