In August and September 2005, Ensaaf documented 28 cases of detention of Punjabis accused of militancy-related activities. Its study reveals that, in contravention of international and domestic laws, Indian security forces routinely resorted to illegal and incommunicado detention. Further, the Punjab police frequently tortured the detainees. Torture methods included electric shocks, tearing the legs apart at the waist and causing pelvic and muscle injury, and pulling out the hair and beard of the detainees, among other techniques. The police also threatened and detained immediate family members of the targeted individual.

“The majority of detainees whose experiences are discussed in this report remain in the custody of Indian security forces and continue to be at risk of illegal detention and torture, among other custodial abuses,” said Ensaaf's Executive Director, Jaskaran Kaur. “Government officials have not publicly acknowledged, investigated, or redressed the violations,” she said.

The Indian police have constructed and presented elaborate stories of thwarted militant crimes, recovered weapons, captured human bombs, and the discovery of an international network to revive militancy in Punjab. These stories have concealed the escalation in human rights abuses committed in the name of national security and indicate that police fabricated evidence to support criminal charges. Because of conflicting reports between the government and families of detainees regarding dates and circumstances of arrest and detention, these cases should be investigated immediately by an impartial body. 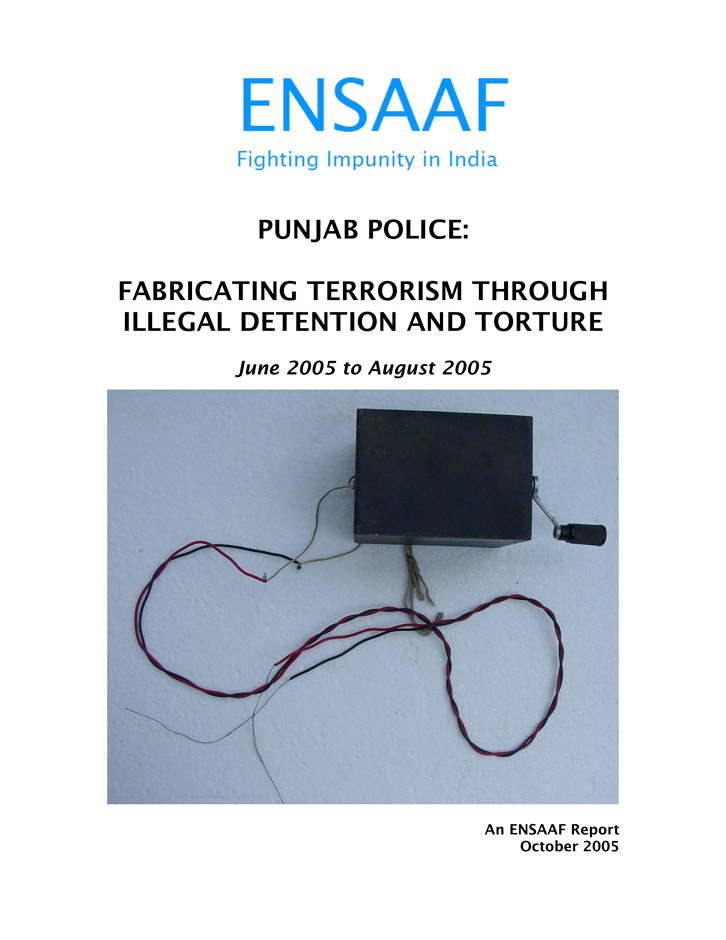